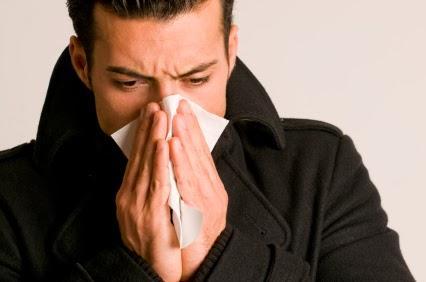 Though it is not necessarily intuitive, there is a significant amount of research that shows that the time of year when you are born can impact a number of factors in your life, including your eventual height, whether you develop diseases, and how long you live. In recent years, there has been speculation that your birth season may predict your chances of developing allergic diseases such as asthma.

In 2010, following observations that children born in the fall or winter suffer from allergic symptoms like wheezing and eczema at higher rates than those born in spring or winter, scientists in Finland studied a group of almost 6000 children whose ages ranged from 3 to 9. Of the 6000 children, 1000 had been tested for food allergies by the age of 4. When the researchers dove deeper into the details of the allergies of these children, they found that birth season predicted a number of allergic factors. For instance, 11% of children whose 11th week of gestation was during April or May suffered from food allergies during their baby or toddler years. Far fewer children whose 11th week of gestation occurred at other times had food allergies at this young age.

Similarly, the researchers noticed that specific foods seemed to affect children differently depending on when children were born. For instance, some foods that affected only 5% of those born in June or July affected almost twice as many children (9.5%) born in October or November. The researchers believe that pollen may be the culprit for this pattern of findings, as pollen levels in the air would have peaked in April and May, during a critical time in these children’s fetal development when they are able to start producing antibodies. The scientists note that by 24 weeks of gestation, babies are able to produce antibodies to specific allergens. The study was published in the Journal of Epidemiology and Community Health.

Now, there is new research that confirms and expands upon these 2010 findings. A study conducted by researchers from the University of Southampton and just released in the medical journal Allergy provides new evidence that being born at a certain time of year increases your risk for suffering from allergies and helps clarify why this may be the case. The scientists found that people who were born in the autumn months were more likely to develop the allergic condition eczema. When they looked at the DNA of these people and compared it to the DNA of people born in other seasons, they found that the DNA of those born in the fall underwent specific epigenetic changes not see in those born in winter, spring, or summer.

Epigenetic changes are changes that occur to genetic material as a result of environmental factors. In the case of those born in autumn months, the epigenetic change was seen to be specifically a process called DNA methylation, which can change gene expression in a way that allows people to produce different types of proteins. For those born in the fall, who have these specific types of epigenetic changes, it may be the case that the altered gene expression they experience modifies the way their immune systems responds to allergens.

The researchers suggest that there may be certain factors that lead to the epigenetic changes seen in those born in autumn and that further research is needed to understand how such factors, which may include the food that is in season, the temperature, or specific sunlight levels, may make the season one is born in predictive of the development of certain conditions.