Testing Your Kids for Allergies

Premier Allergy and Asthma Blog Testing Your Kids for Allergies 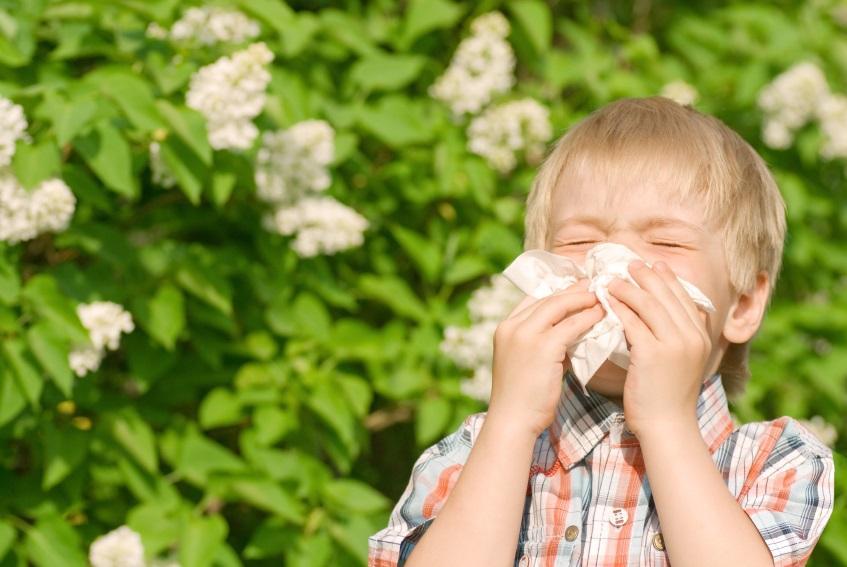 These days, we hear a lot about kids developing allergies at a higher rate than in previous generations. Often, these allergies are quite serious. A common example is the peanut allergy that can be fatal if it leads to anaphylaxis, and the patient is not treated quickly enough. Given the growing number of allergies and associated anaphylaxis, many parents worry about how they can protect their children from these serious conditions.

When to Test Your Kids

First, it is never too early to test children for allergies. There is no minimum age for which testing is required. However, it is important to understand that allergies will not develop until people have been exposed to the allergens. In other words, children do not become allergic to pollen until they have been around pollen for a few springs. Similarly, they do not become allergic to peanuts until they have ingested peanut products. Testing too early may therefore lead parents to falsely believe that their children are protected from allergies, when they may simply not have had a chance to develop allergies yet. Indeed, many allergies do not present until adulthood, after significant exposure to an allergen has occurred over decades.

Testing your kids for allergies is therefore something you will want to do when true symptoms of allergy occur, even if they have tested negative in the past.

Another possibility to recognize is that “allergy-like” reactions can be indicative of other issues. For instance, rashes can occur for a number of reasons and do not necessarily signal an allergy to a product that was used in the area of the rash. At the same time, intolerance to certain substances can appear allergy-like while not posing the same risks as allergies. Glucose intolerant patients are not allergic to milk. Both food allergies and intolerance result in diarrhea and vomiting, but these symptoms are caused by different factors. Whereas allergies cause these symptoms because of an immune reaction, intolerance causes these symptoms because of deficiencies in enzymes that normally digest or absorb foods. Food allergies will often include key symptoms not conferred by intolerance that can help the child and parent identify the allergy. For example, swelling, hives, or difficulty breathing can occur with allergies but should not occur with intolerance.

How to Test Your Kids

There are a number of ways to test for allergies. Blood tests, skin tests, and diet tests are the most common. Blood tests are very quick, but because they involve a needle, kids often become upset at the prospect of this type of test. Similarly, intradermal skin tests involve injecting allergens into the skin with a needle.

Though in some circumstances, the allergist may determine that the blood test or intradermal skin test is most appropriate, percutaneous skin tests can provide highly accurate results and are less invasive. They are therefore often used for allergy diagnosis.

The percutaneous skin test exposes the top layer of skin to the allergens being tested. This exposure involves a quick scratch or prick that is minimally invasive. To prepare for this type of test, all antihistamines must be stopped a week before the test, so that the immune system goes back to its “natural” state, and its normal reaction to the allergens can be observed in testing. After the skin test is initiated, there is a waiting period of up to about 15 minutes, which gives the immune system time to react. At that point, the doctor can look at the skin and determine whether a reaction has occurred. Often, the doctor will test the reaction to a number of allergens at once, including a control, which is a substance that should cause no reaction in any patient.

Because the skin has been pricked or scratched, it may appear a bit redder or more inflamed than other parts of the body. The control therefore allows the doctor to see what “no reaction” should look like. The doctor can then compare the skin that received the control to the skin that received each allergen to determine which allergens the patient is allergic to, and also, to what extent the patient may be allergic to specific allergens. For instance, pollen may cause skin to become a bit more inflamed than the control, whereas mouse dander may result in highly inflamed skin. In this case, the doctor would know that the patient may be slightly allergic to pollen but that exposure to mice will cause much more severe symptoms for the patient.

Diet allergy tests, often called “elimination diets” test for allergies by individually removing certain foods from the diet and then monitoring allergy symptoms. These tests are often used when food allergies such as allergy to milk, nuts, eggs, wheat, or soy is suspected. If eliminating one of these foods also eliminates symptoms, the doctor may deem your child allergic to that food. However, a limitation of elimination diets is that they can also eliminate symptoms associated with other issues, such as a food intolerance and so may not necessarily pinpoint an allergy. Misdiagnosis of allergies, particularly of food allergies, is also on the rise lately and is of concern because the avoidance of certain food groups is implicated in malnutrition. It is generally agreed that unless there is a significant medical concern associated with ingestion of important food groups, these groups should not be avoided.

If your child tests positive for an allergy, the specific treatment will depend on a number of factors, including the specific allergen, the symptoms associated with the allergy, and how severe the allergy appears to be. Often, allergies can be managed with regular allergy shots or oral medications. If the allergy is serious enough, you and your child may need to learn to use an Epi Pen and to create a plan that enables your child to always have access to one. An Epi Pen is used in the case of anaphylaxis that occurs outside a medical facility. By pushing the Epi Pen into the skin of the patient (often in the thigh), the Epi Pen injects the chemical epinephrine into the blood stream, which constricts blood vessels and opens up the airways in the lungs. By its actions, epinephrine reverses typical symptoms of allergic reactions, including wheezing, low blood pressure, hives, itchy skin, and most importantly, breathing difficulties. Its impact on the latter is a lifesaver in many scenarios.