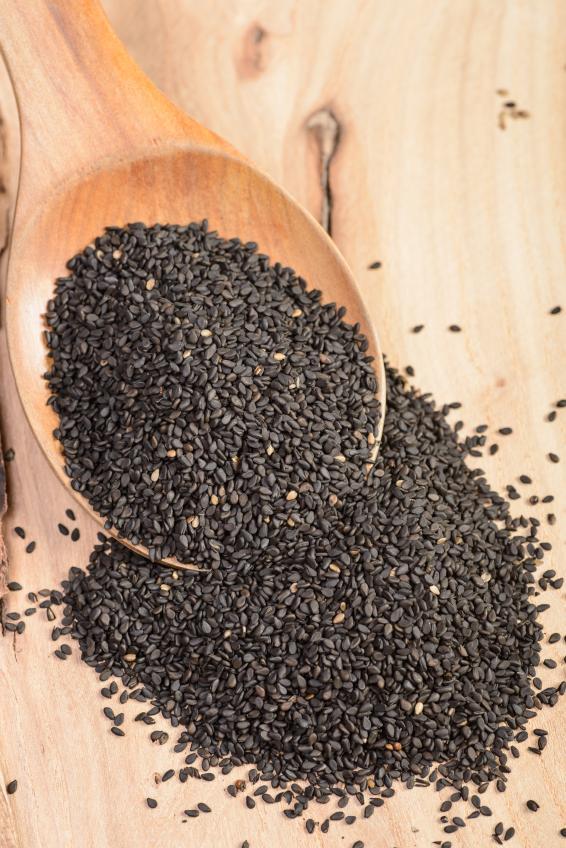 Though sesame allergies affect less than 1% of the United States’ population, somewhere between 300,000 and 500,000 people in the U.S. are allergic to sesame. According to allergists, many more people are afflicted in the U.S. today than a decade or two ago. The most common symptom associated with sesame allergy is hives, with hives, stomach problems, and respiratory problems also occurring quite frequently.

The growing prevalence of sesame allergies could be due to greater awareness of the allergen or due to more people actually experiencing it. With respect to the latter reason, one explanation that has been posed for the rise in the number of allergic reactions to sesame is the enhanced popularity of Middle Eastern foods. Whereas sesame seeds were once most commonly associated with bagels in the U.S., they are now found in a number of foods that can be purchased in grocery stores and that are served in restaurants. Hummus, falafel, and halvah for instance, are now popular foods in the U.S. and contains sesame.

A major concern with regard to the growing number of allergy cases related to sesame is that sesame is often not found on the label of foods that contain sesame. A number of cases have been reported where identifying the problematic food was quite difficult due to a lack of knowledge about the presence of sesame. Tahini, for instance, contains sesame that has been transformed into either a paste or a powder, and it is often not explicitly said to contain sesame. Similarly, many foods with sesame often account for that ingredient by including the term “spice” or “natural flavoring” on the label. Some foods more common to the U.S. historically that often serve as sources for sesame include: breads (especially hamburger buns and pizza crust), noodles, cookies, pretzels, crackers, oils, margarine, soups, ice cream, salad dressing, energy bars, and pastries.

Other countries, such as Canada, Australia, New Zealand, and several European nations are required to list sesame on their food labels. However, because the Food Allergen Labeling and Consumer Protection Act, passed by Congress in 2004 did not include sesame because it was not known to be a major contributor to allergic reactions. The foods included were instead: milk, eggs, peanuts, tree nuts, fish, shellfish, wheat, and soy. Because the idea of the Act was to cover 90% of all food allergies, many argue that our new knowledge regarding sesame allergies constitutes a need to add it to the list.

Though there have not been many deaths related to sesame allergy, there have been allergic reactions severe enough that they could have led to death if not treated properly and promptly. As a result, last year, the Center for Science in the Public Interest proposed that the Food and Drug Administration (FDA) require that foods containing sesame or have cross contact with sesame during the manufacturing process have “sesame” on the food’s label.

Another concern related to sesame allergy is that exposure to sesame is not limited to foods. Certain beauty products, such as moisturizing creams and lipsticks also contain sesame and so can lead to allergic reactions, especially in those who would understandably not suspect the presence of sesame in their cosmetics. It is therefore important to educate those at risk for sesame allergy on the various ways they may be exposed to sesame and ensure that those people are protected from severe allergic reactions with medications. For those at risk for anaphylaxis, carrying an EpiPen is generally advised.