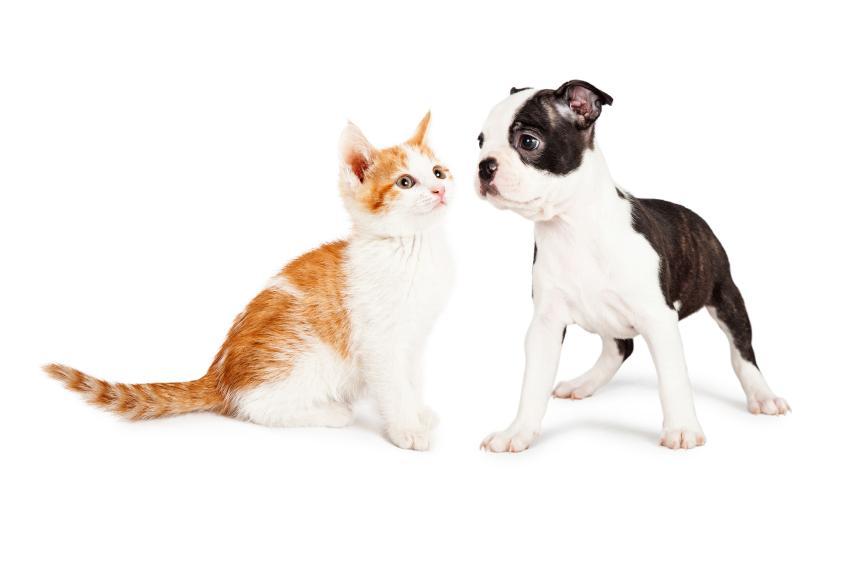 People who work with laboratory animals are susceptible to developing allergies to the specimens to which they are regularly subjected, a condition termed laboratory animal allergy, or LAA. Lung function and changes in the immune system have been identified in a number of such workers, and it is believed that between about 1 in 3 to 1 in 5 of those who regularly work with animals will develop these allergies within 2 years. However, females appear to be more vulnerable to developing these animal allergies than are males. People with higher levels of immunoglobulin E, an antibody involved in fighting off parasites, are also more likely to develop LAA. From an environmental standpoint, it seems that the more hours that workers tend to spend with laboratory animals, the more likely they are to develop allergies. The most common symptom is rhinitis, which involves inflammation of the nose, but asthma also often develops in these workers.

There are a number of animals that cause allergy problems in those working in laboratories. Some of the most often cited are rodents, cockroaches, and squirrel monkeys. Though people often associate fur and dander with allergies, people tend to react more to proteins in animals' urine. Major urinary proteins (Mups) are the culprit for many LAA cases and can lead to the development of asthma. One study found that over 65% of laboratory workers who had developed asthma while working in their laboratory displayed antibodies to Rat n 1, which, like Mup13, is a human allergen found in rodent urine. Because urine and its associated proteins are often embedded in animals' hair and fur, the presence or lingering of that hair or fur can cause allergic reactions.

Allergies and asthma tend to be especially problematic for workers whose work environment does not have effective mechanisms for controlling the presence of allergens. For instance, when laboratories are not engineered to eliminate allergens, do not involve administrative guidelines for manually doing so, or do not require that protective equipment is used or worn, the workers within those laboratories are more likely to develop allergies and asthma. Interestingly, rabbits appear to lead to the highest rates of allergy symptoms than any other laboratory animal. Rabbits do tend to spray their urine as a means for communication and also to shed more fur than other animals, which may account for their higher likelihood of leading to allergies.

LAA can pose a number of challenges for workers. It can make them less efficient at work and even jeopardize their professional career if they are eventually forced to abandon their area of research. The psychological impact can be significant, as workers worry not only about their health but also about the uncertainty regarding their career paths. Lifestyle can also be adversely affected, with many of those suffering from LAA experiencing chronic itching, watery eyes, cough, and shortness of breath. These symptoms can make not only work activities, but other personal activities, such as hobbies and exercise, difficult to participate in.

The most serious consequences associated with LAA are of course related to health. The onset of allergies and asthma can be both severe and sudden, making them quite dangerous. Workers can suffer anaphylactic shock, which is potentially fatal. Even if they avoid anaphylactic shock, the development of complications related to allergies, such as asthma, tend to worsen health outcomes over the lifespan.

The scientific community has not focused a lot of attention or resources on the issue of LAA to date, though there are a number of cases of famous scientists suffering from such allergies. Barbara McClintock, a Nobel Prize winning geneticist developed an allergy to corn flowers, whereas Orley Taylor, an ecology at the University of Kansas developed an allergy to sulfur butterflies over the course of a decade. However, given what is known about LAA, there are some things that can be done to minimize its occurrence or to reduce the suffering experienced by those who develop it. The most critical component of LAA is exposure to allergens. Thus, any strategy that reduces this exposure should also reduce allergic reactions and symptoms. As more hours spent with animals is known to increase the chances of developing LAA, reducing the number of hours that are physically spent with the laboratory animals each week can help reduce allergies and asthma. Institution-wide measures can also significantly help the problem of LAA. By implementing filtering systems that rid the laboratory air of allergens, for example, can greatly improve air quality and reduce the burden on laboratory workers' immune systems. Requiring that protective gear, such as face masks, gloves, or body suits, are worn can have a similar effect.