Is asthma over-diagnosed in children?

Premier Allergy and Asthma Blog Is asthma over-diagnosed in children?

Asthma has been reported as the primary cause of chronic disease and disability in children. Because asthma can be life threatening, effective drugs and inhalers that are used to combat asthma symptoms can be critical to survival. However, some doctors are arguing that asthma is being over-diagnosed in children and that too many children are now using drugs whose effects should not be taken lightly. 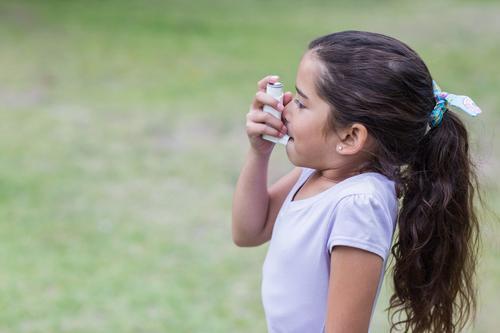 Though the drugs used to treat asthma can save the life of someone enduring an asthma attack, they also have non-trivial side effects. The drugs can suppress growth and also suppress immune activity in the airways, which can increase the risk for respiratory infections. In addition, the drugs tend to be costly. According to some doctors, wheezing, which is a hallmark of asthma, is not always accurately identified. It is important that doctors recognize normal respiration in children if they are to distinguish asthma from other conditions or from healthy respiratory activity.

Rather than making a subjective judgment based on symptoms or a few clinical features, these doctors argue that an objective test must be employed before an asthma diagnosis is made. Airflow obstruction measurements and airway inflammation are two tests that these doctors believe are essential for an asthma diagnosis. Some argue that more invasive tests may be warranted if there is any doubt that a patient is suffering from asthma. For instance, blood tests and testing nitrogen oxide levels can help doctors be more confident of their asthma diagnosis.

In light of the problem of over-diagnosis of asthma, doctors and scientists are also pushing for more funding into asthma and allergy research, with the hopes that a more definitive asthma identification test will be created. Unlike some diseases, asthma does not represent one single condition but instead many, and it has different triggers and causes for different people and at different ages. Given its complexity, there has before been fear that asthma is under-diagnosed, which may be a contributing factor to over-diagnosis today.

Another issue with the overuse of asthma medications is that children often outgrow asthma. Many people continue taking their medications, assuming that they need them. However, rather than continue using unneeded drugs and subjecting themselves to side effects and potential complications, the status of patients’ asthma should be regularly monitored and updated. Further, close monitoring will allow doctors to see how patients respond to their medications. If asthma drugs do not seem to benefit a child, then the asthma diagnosis was likely incorrect. Unfortunately, when this is the case, physicians often increase the dose of the drug rather than reconsider the use of the rug. Even if a child does suffer from asthma, finding the right drug and drug dose can be time consuming. Thus, regardless of how confident a physician is in an asthma diagnosis, close monitoring and continual evaluation is warranted.

A new study analyzed this concern over misdiagnosis and found that half a million children that have been diagnosed with asthma do not in fact have the disease. In the study, researchers used a spirometer, which is a device that measures lung function, as well as other allergy tests to analyze the lung function of approximately 650 children, aged 6 to 17 years, that had been diagnosed with asthma. The scientists found that over half of these children did not actually have asthma. Further, only about 16% of these children had been tested with a spirometer prior to their diagnosis.

Respiratory doctors who published their views on over-diagnosis of asthma in children in the Archives of Disease in Childhood said that inhalers have “almost become a fashion accessory.” It is perhaps then not surprising that the Centers for Disease control (CDC) say that 1 in 12 people have asthma in the United States, which amounts to about 25 million people and that this number has grown since 2001. The estimated number of asthma sufferers in the US was only 20 million 15 years ago. However, now that fears of under-diagnosis of asthma have shifted, and awareness is growing as to the potential for over-diagnosis, changes in protocols and research focus should help ensure that appropriate asthma diagnoses are made and that children are provided with only the drugs that will best benefit them.