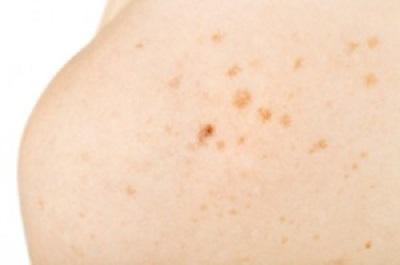 Hives are itchy, red bumps that are a common condition for those who suffer from allergies. Those bumps may be quite swollen and can vary in size from being under an inch to as large as a few inches in diameter. They can appear on just about any area of the skin and may last for just a few minutes, several hours, or even days in length. Triggers include all kinds of allergens, such as medicines, foods, exposure to certain elements, or even genetics. However, many people confuse different types of skin disorders with hives. It can be nearly impossible to self diagnose these skin disorders because they are all characterized by raised bumps on the skin or a red coloring.

Heat Rash Babies are most prone to heat rash, though it can occur in people of all ages. This issue arises when the sweat ducts are blocked in high temperatures. When the pores are clogged, small, red bumps appear on the skin. They are often swollen and very itchy, though their size is generally much smaller than an inch in diameter and they look something like a patch of small pimples. The rash usually clears up on its own within a few days. Hydrocortisone cream or calamine lotion can be applied to get relief from the itchiness.

Rosacea One chronic skin disorder that is limited to the facial area is rosacea. Red blotches may appear along the chin, nose, cheeks, forehead, or other areas of the face. It often looks like the redness spreads across the face and that you’re frequently blushing.

Contact Dermatitis This skin disorder is unique in that it appears only on the area of the skin that has direct contact with the allergen or other type of irritant. Hives, on the other hand, can appear all over the body even if it hasn’t been in direct contact. Contact dermatitis also feels itchy and looks like a red, bumpy rash.

What to do When Your Child Has Eczema

Eczema is a common skin condition that can be hard to ignore, especially when you’re a child. Discover what you can do to help your kids deal with eczema and the itchy, flaky, irritating rash it causes.

Get the Jump on Managing Spring Allergies

Do you wish you could just skip spring and its high pollen counts that make your eyes water and your nose drain? And what about all that sneezing? Learn how to manage springtime allergies before the wildflowers bloom and the grass grows.

Premier Allergy and Asthma: What is Immunotherapy and Can it Cure My Allergies?

Can a series of injections actually cure your allergies? Not really. But they can make you feel like you don’t have allergies by retraining your immune system. And that may be the next best thing to a cure. Find out more about immunotherapy.

What will palforzia do for peanut allergy sufferers?

It is expected that the U.S. Food and Drug Administration (FDA) will approve a new drug that treats peanut allergies in children in January. The drug, developed by a California-based startup called Aimmune Therapeutics, is Palforzia...

The 3rd week in September marked Asthma Peak Week for 2019. What is Asthma Peak Week? It is a week when certain conditions come together to create a perfect storm for asthma sufferers...

Roughly 1 in 10 people in the United States are allergic to cats. Despite exposure to cats resulting in symptoms including coughing, sneezing, wheezing, stuffy noses, and rashes in this part of our population,...